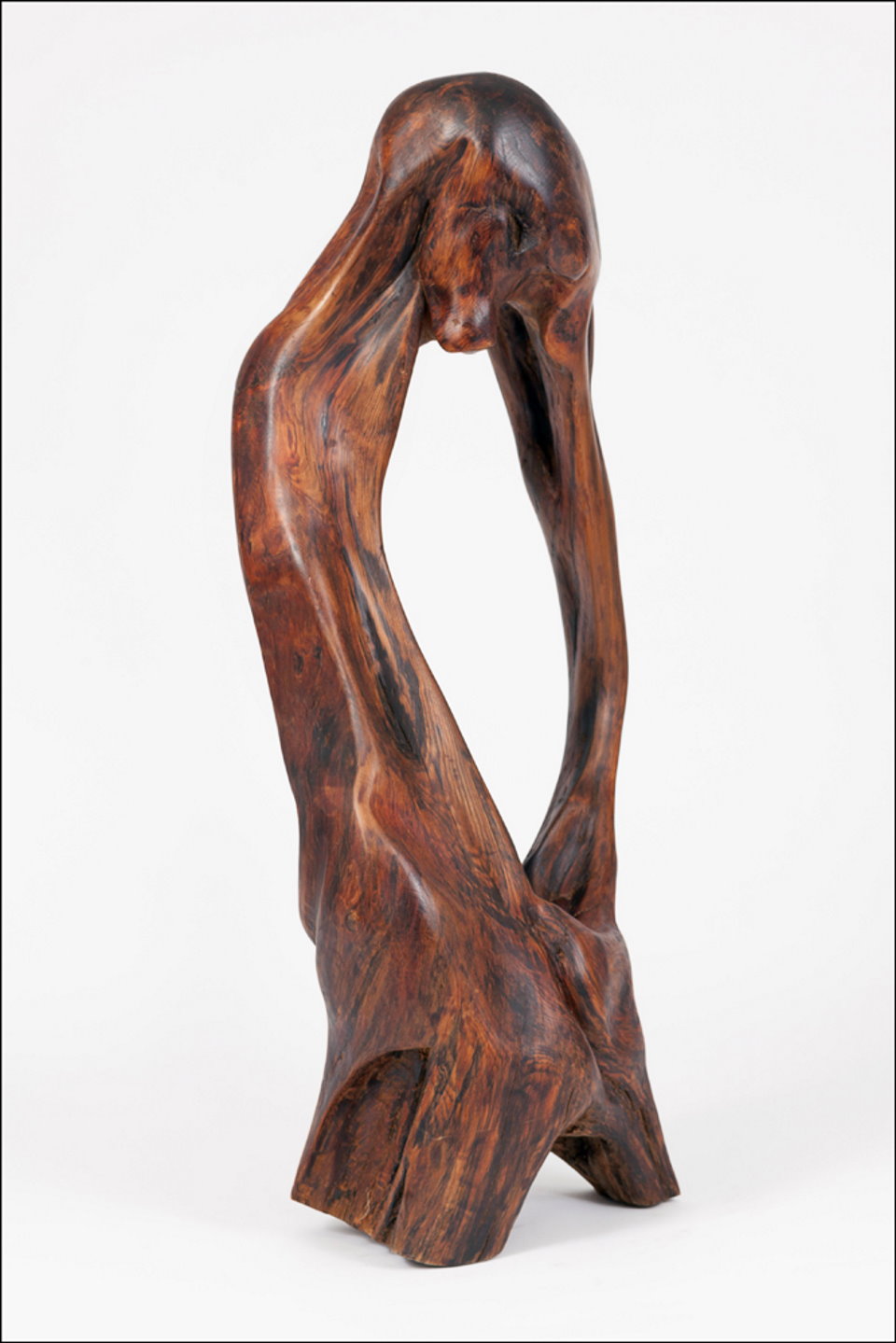 I can feel the presence, the spirit, the essence of this mystical wood.

While working on this bog oak sculpture, I have endeavoured to highlight the sadness, the  hardship and desperation the Irish suffered  during the Great Famine.

The news of the Irish famine reached several American Indian communities in the U. S. during the winter of 1847. In a few short months, the dark story of Ireland had spread to many corners of the United States.

The Choctaw and the Cherokee Nations were among the first tribes to hear about the great suffering of the Irish at that time. They were the first to act and they collected between them in excess of $800, which would be equivalent to over $30,000 in todays terms. During this time, the Choctaw and the Cherokee were being forced from their own territory under the Indian Removal Act  1830. The law effectively evicted these tribes from their own ancestral lands and cleared the way for white settlers. The Choctaw were the first tribe to be removed from their homelands and they described the journey from Mississippi to Indian Territory as the beginning of a “Trail of Tears and Death ” The Choctaw Nation lost over a quarter of their population on this journey. Despite the fact that the Choctaws and Cherokees tribes were suffering a terrible fate themselves at this time, they still found it in their hearts and remembered the plight of the Irish. What a great and noble race of people to remember and take action for other suffering human beings in a far away country, while they themselves were going through their own hell.

Bog Oak is an ancient oak tree that has been preserved in a black state in peat (bog). Pieces of bog wood have been found to be more ancient than the pyramids of Egypt and the famous Irish Neolithic passage tomb of Newgrange.