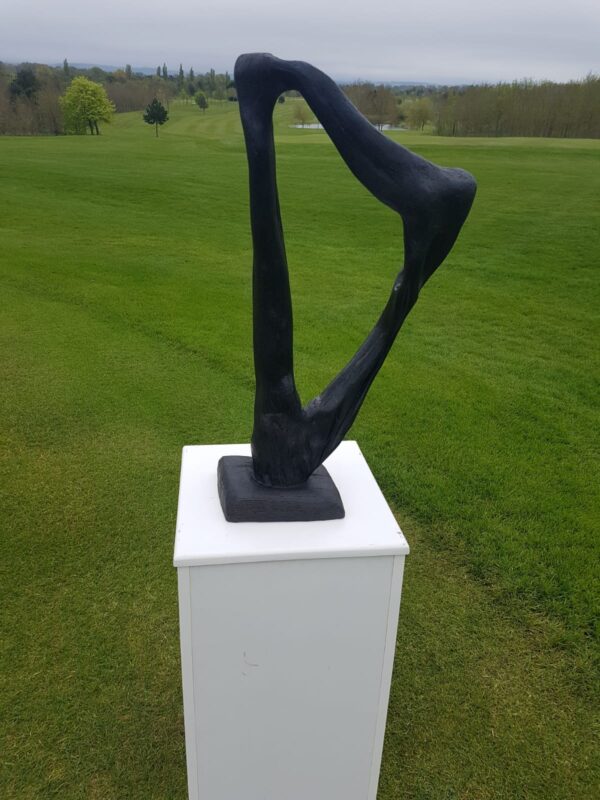 Ireland is the only country in the world with a musical instrument as its national symbol.

The current design of the Irish Harp is based on the Brian Boru Harp of the 14th century, which can be seen in the Museum of Trinity College.

In my bog oak sculptures, the Irish culture and heritage and stories of the past are important to me.

The harps presence in Ireland dates back over a thousand years. It can be seen in manuscripts and Christian stone crosses, which date back to the 8th century. While the origins of the harp are not known, archaeologists have found 5000 year old depictions of it from ancient Egypt  and Mesopotamia.

In old Gaelic society, Chieftains would not go far without their entourage which included a bard and a harper.

The Harpers often studied for decades and were the centre of Gaelic social life. They were valued so much, that their  nails on their fingers which were used for plucking the wire strings were protected under Breton Law.

When Henry VIII declared himself King of Ireland in 1541, he upgraded Irelands status from a lordship to a Kingdom. As a result, the  country s  own unique coinage was introduced and it featured a harp topped with a crown. Down though the years many diverse  organisations and groups have given  the harp on the National Flag different backgrounds and colours. It was used in the late 18th century as a political symbol

In 1876, Guinness trademarked the symbol. So, when the Irish Free State was established in 1922, it had to flip Guinness  design in order to use the harp as a symbol of the new state.

Today the harp continues to be used by Government Departments and political parties, as well as Irish companies like Guinness and Ryanair, the Presidential Seal ,Irish Passports etc.

The most famous Irish Harpist

Turlock O Carolan was a very well known Harper and composer  and singer. He was born in Nobber Co. Meath in 1670 but moved to County Roscommon. He was blinded by smallpox at the age of 18 years, but he continued his musical life despite his personal challenges, after  which he began his almost fifty year career as a travelling harper.

Moya Brennan, Maire Ni Chathasaigh, and Janet Harbison are but a few of the present day great Irish harpists.